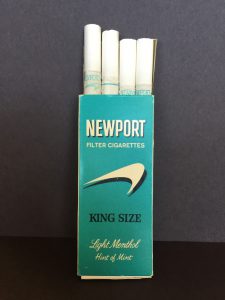 The cases were tried simultaneously, with both 6-person juries together hearing evidence common to both cases, and each separate jury hearing issues such as medical testimony that was specific to its case. These are the first tobacco cases to be brought in the U.S. Virgin Islands, the first tobacco cases tried together in this way, and among the largest verdicts achieved to date in individual tobacco litigation.

“We are delighted that two juries independently concluded that Newport’s original manufacturer, Lorillard, and its successor company R.J. Reynolds, 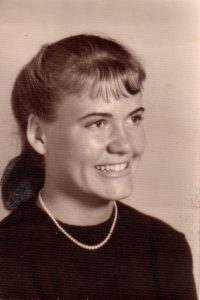 Ms. Brown as a Teen

sold an unreasonably and unnecessarily dangerous product, marketed it by use of fraud, fraudulent concealment, and conspiring with the other major cigarette producers, and engaged in outrageous conduct with evil motive or in reckless or callous disregard of the rights or safety of others. The juries saw through the defendant’s con game: they addicted these two smokers through deceptive advertising and free samples, made thousands of dollars of profits from their subsequent purchase of Newports, and then tried to blame them for their ‘irresponsible’ decision to keep using these products. The smokers in these two cases were among the more than 20 million Americans who died of cigarette-caused deaths since the first Surgeon General’s Report in 1964.” 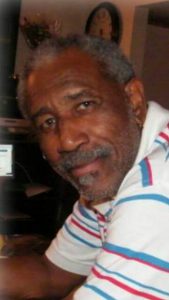 Lucien England, the decedent in the Gerald case, began smoking Newport cigarettes as a child, when, as part of a nationwide marketing campaign, free samples of the cigarettes were hung from the doorknobs of the apartment building where he grew up. His death was caused by bladder cancer from smoking Newports.

Patrice Brown, the decedent in the Brown case, began smoking Newport cigarettes as a teenager, influenced by an advertising campaign that promoted Newports as having a “hint of mint,” and died from lung cancer after smoking those menthol cigarettes for decades.

PHAI is a public health research and advocacy non-profit located at Northeastern University School of Law in Boston. www.phaionline.org.

The case was brought by St. Thomas attorney Russell Pate, and tried by attorneys Michael Weisman and Gordon Rhea, with the assistance of PHAI attorney Meredith Lever. Mr. Weisman is Of Counsel with PHAI.  With the Brown case, Weisman reprised his 2010 success in the case of the late Marie Evans, in which a Boston jury awarded $71 million in compensatory damages and $81 million in punitive damages against the maker of Newport cigarettes for causing Evans’ premature death from lung cancer.  Ian A. McWilliams handled the audio-visual services for plaintiff’s exhibits in the Evans as well as the Virgin Island trials.