The Public Health Advocacy Institute has filed an amicus curiae brief in an appeal pending before the Massachusetts Supreme Judicial Court.  The Plaintiff/Appellants are seeking to reverse a decision of the attorney general and get a question certified for inclusion on the 2014 ballot to repeal a law legalizing casino gambling in Massachusetts.  The case is Steven P. Abdow et al., v. Attorney General, et al., No. SJC-11641.

Legalized casino gambling causes devastating effects on the public’s health, including not only the gambler but also their families, neighbors, communities and others with whom they interact. Massachusetts voters should not be denied the opportunity to be heard directly on the question of whether to invite a predatory and toxic industry to do business in the Commonwealth.

Some examples of the similarities are: 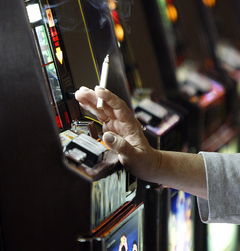 Both the tobacco and casino industries profit from preying upon society’s most vulnerable members, acting as disease vectors which adversely affect the physical, emotional and social health of the individual users and the communities where use of the products is prevalent.

The brief declares that the voters of the Commonwealth should be allowed to act on their own behalf in expressing an opinion of this type of predatory behavior. The power of the citizen ballot initiative is the ultimate in personal responsibility, agency and self-determination. Therefore, PHAI asks the court to compel the attorney general to certify the Plaintiffs’/Appellants’ petition and allow the repeal measure to be included on the 2014 ballot.

The full brief can be downloaded here.