As soon as Altria Group, Inc. Chairman, CEO and President Martin J. Barrington opened the 2016 Annual Shareholders Meeting, he boasted that 2015 had been “another terrific year.”  The “excellent business results” included dividends increasing by 8.7% (to $4.2 billion) and a shareholder return of more than 23%.  Marlboro, with 44% of the retail share in the United States, is larger than the next 10 brands combined.  But, just as at the Reynolds American Inc. meeting two weeks earlier, the tobacco company executive made no mention of other numbers – numbers that tally the toll in death and disease that is directly caused by the intended use of the company’s main product. 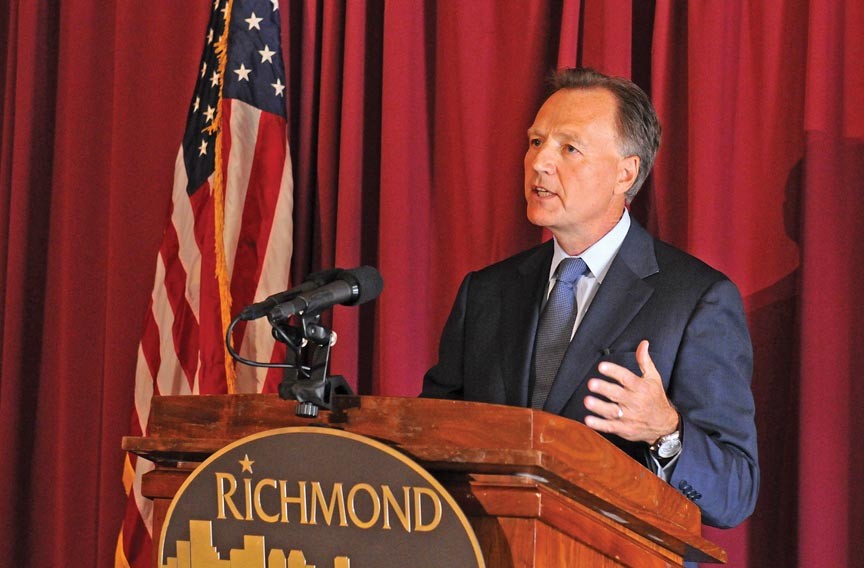 By distributing to shareholders a colorful, glossy handout summarizing the company’s 2015 business accomplishments, Mr. Barrington significantly cut back on the length of his oral business report compared to previous annual meetings.  After that report and some perfunctory votes on election of the board of directors and the accounting firm were completed, the meeting’s agenda quickly came to the question and answer session.

After an initial question from a company-friendly stock analyst, I asked the following question of Mr. Barrington:

“Just within the past two months, the following developments have occurred.

“Why shouldn’t Altria Group’s shareholders and investors be very concerned about these negative litigation developments for the company?”

Mr. Barrington’s response echoed the traditional party line from the top executives of the major cigarette companies in the United States: tobacco litigation is a “well-managed risk” that should not alarm shareholders and investors.  He commended the quality of the work of the company’s lawyers, including Denise Keane, Altria’s General Counsel.

A representative of the AFL-CIO’s Farm Labor Organizing Committee (FLOC) cited “poverty wages and squalid housing” on tobacco farms and called on Altria to crack down on the abuses of farm workers in tobacco fields.  He also specifically mentioned Jackson Farms in North Carolina, where seven workers who had filed a wage theft lawsuit were subsequently blacklisted.  Mr. Barrington responded by confirming that Altria does not use Jackson Farms to get any of its tobacco.

Amber Updike, a 14-year-old member of New York-based Reality Check , mentioned Altria’s having spent $9 billion annually in marketing to youth in the United States.  Mr. Barrington responded by denying that Altria targets youth and referred her to the company’s websites.  He also claimed that Altria “led the effort to get cigarettes off the [store] counter.”

Cathy Rowan, representing Trinity Health, spoke in favor of a resolution calling on Altria to “undertake a thorough analysis, engaging chemical and pharmacological experts as needed, of all the harmful liquids, additives and chemicals and their potential health consequences when each brand of our tobacco products is used as intended by consumers and report the results of the analysis on the Company’s website.” Ms. Rowan noted that there is no clarity regarding the ingredients in Altria’s cigarettes and e-cigarettes and that compliance with the U.S. Food and Drug Administration’s (FDA) deeming regulations (which were adopted on May 5, 2016) could take up to three years.

Altria opposed the resolution, preferring to leave the matter to the FDA.  The resolution was defeated with 93% of the shares having been voted “No.”

The second shareholder resolution, which was sponsored by the national AFL-CIO, called on Altria to follow the lead of Pepsico and follow the United Nations’ Guiding Principles on Business and Human Rights.  A company would have the following: a) A policy commitment to meet their responsibility to respect human rights; b) A human rights due diligence process to identify, prevent, mitigate and account for how they address their impacts on human rights; and c) Processes to enable the remediation of any adverse human rights impacts they cause or to which they contribute.”

Since agricultural workers are excluded from the National Labor Relations Act, it is important to have non-judicial grievance mechanisms to remedy human rights violations. Altria opposed the resolution, arguing that its “responsible supply chain management practices appropriately address the objectives of this proposal.”  This resolution was defeated with 94.1% of the shares having been voted “No.”

After the 45-minute meeting concluded, I went outside to meet some of the 40 youth members of Reality Check who had protested against Altria’s targeting of youth. [Insert photo]  The loud protests were heard inside the Richmond Convention Center (especially as attendees came to and from the restrooms) before, during and after the shareholders meeting.

It was a distinct pleasure to meet with Gretchen Galley, Ken Dahlgren and Jon Chaffee, as well as the youth – about 40 in number – who sent the clear message to Altria that “We have seen enough!”