As I entered the Reynolds American Corporate Offices (photo) at 401 North Main Street in Winston-Salem, North Carolina just after 8 A.M. on Thursday, May 8, the company’s “Welcome Shareholders” sign was perched directly above the building’s main entrance.  Having cleared through the metal detector, I proceeded to the registration table, where I received my admission ticket to the 2014 Annual Shareholders Meeting of Reynolds American, Inc. (RAI).

Since the doors to the meeting room would not be opened until 8:30, I had a few minutes to observe my surroundings inside RAI headquarters.

As I proceeded toward the men’s room, I encountered RAI’s cafeteria, which is named the “Golden Leaf Cafe” and contains black plastic chairs.  The back of each of those chairs has a cutout in the shape of a camel.  Prominently positioned in the lobby was a large portrait of Richard Joshua Reynolds (whose statue can be found a few blocks south on Main Street — see photo), the company’s founder.

I entered the meeting room just after 8:30 and sat in an aisle seat near one of two microphones.  After having been personally greeted by several RAI employees, I got a chance to read a two-sided blue handout entitled “Rules of the Annual Meeting.”   The closing part of the tenth of the twelve rules caught my attention: “Failure to observe the rules is cause for expulsion from the meeting.  Shareholders and their representatives who refuse to leave the meeting upon request could be arrested and charged with criminal trespassing.”  I remembered my experience at the 2013 RAI Annual Shareholders Meeting.

The 2014 meeting started precisely at 9:00 A.M. and featured the return of Susan Cameron as CEO.  Tom Wajnert, the Non-Executive Chairman of th

e Board, began by citing his desire for a “productive and orderly meeting” and his opposition to disruptions under the “guise of points of information.”  He then turned to Tom Adams, Executive Vice President and Chief Financial Officer, for a report on business.  Mr. Adams noted that 2014 marks the tenth anniversary of RAI and that the company had made “much progress since 2004.”  Key phrases from his report included: “leading the transformation of the tobacco industry”; “Stronger than ever”; “shareholder return of 27%”; “record profits”; “brand milestones”; and “highest market share for Camel since 1967.”  Mr. Adams made no mention of any developments in tobacco litigation over the past decade (see, e.g., https://www.phaionline.org/2010/02/19/all-parties-seek-supreme-court-review-of-racketeering-trial-us-v-philip-morris/  and  https://www.phaionline.org/2012/03/26/supreme-court-rejects-key-tobacco-industry-appeal-leaving-massive-liability-with-no-end-in-sight/  ).  The premature deaths of millions of the company’s customers and bystanders to the use of the company’s tobacco products were once again excluded from RAI’s business presentation.

The Question and Answer session’s allotted time was increased slightly from the 25 minutes at the 2013 meeting to 30 minutes.  As it turned out, Mr. Wajnert twice extended the period for shareholders’ questions and everyone who had lined up at the microphones had the opportunity to ask a question.  The Q&A session lasted 45 minutes, from 9:40 to 10:25.

My question, which dealt with the ongoing Engle Progeny litigation in Florida, drew the meeting’s only mention of tobacco litigation from RAI.  I called attention to the fact that, in February 2014, the website Law360.com reported that a leading litigation finance company — Law Finance Group — “has decided to throw its weight behind the plaintiffs in what experts say is the latest sign that the scales may be tipping toward eventual settlement.”  Law Finance Group is offering appeal funding in Engle Progeny cases and advancing payment to plaintiffs of an appealed award.  In October 2013, the U.S. Supreme Court declined to consider ( https://www.phaionline.org/2013/10/07/us-supreme-court-deals-devastating-blow-to-the-cigarette-industry-and-settlement-value-of-nearly-8000-pending-engle-cases-rises-dramatically/ ) the tobacco companies’ appeal of the Florida Supreme Court’s March 2013 ruling in the Douglas case ( https://www.phaionline.org/2013/03/18/big-victory-at-florida-supreme-court-is-bad-news-for-cigarette-manufacturers/ ).  This development was a significant factor in Law Finance Group’s decision to support the Engle Progeny plaintiffs.  My question to the RAI Board was: “What, if anything, has management  done to inform its shareholders about this important new development regarding the Engle Progeny litigation?”

In response, Mr. Wajnert turned to Martin L. “Mark” Holton III, Executive Vice President, General Counsel and Assistant Secretary.  Mr. Holton chose not to address whether RAI had ever informed shareholders of the Law Finance Group’s decision.  Instead, he declared that he and the company are “comfortable” with RAI’s litigation position, including at the appellate level, with regard to these cases in Florida.  [Just a month later, the U.S. Supreme Court gave RAI another major setback when it refused to consider the company’s appeal of several plaintiff verdicts in the Engle Progeny litigation in Florida.

Dr. Sharon Brown, who had been ejected from the 2013 RAI Annual Shareholders Meeting, noted that RAI had resumed cigarette advertising in certain magazines, including Glamour, and expressed additional concern that a Spanish-language version of the company’s “Right Decisions, Right Now” program could help introduce Spanish-speaking youth to RAI’s tobacco products.

Many of the questions dealt with farm labor issues, especially the working conditions of workers who toil for companies that supply tobacco to RAI.  Mr. Wajnert refused t

o answer a direct question as to whether he believed a farm worker’s minimum wage of $7.25 per hour is a fair wage.  Many supporters of the Farm Labor Organizing Council, AFL-CIO (FLOC) (see http://www.floc.com/wordpress/ ) attended the meeting while others demonstrated outside company headquarters.  (photo courtesy of Dr. Sharon Brown). 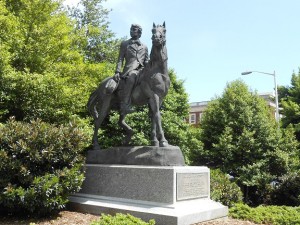