Seeking to capitalize on the public’s insatiable appetite for Youtube stunt videos, Kraft Foods has teamed up with Rob Dyrdek, the host of MTV’s Ridiculousness, to market its recently released Lunchables Uploaded line of lunch kits. Marketed to parents as a way to “Give them more of what they love,” Lunchables Uploaded kits contain larger portion sizes. In keeping with the product name, Kraft is urging teens to upload videos to be featured on the Lunchables Uploaded website. Kraft produced a series of challenge videos that are emblematic of the types of videos the company is interested in receiving as well as a series of stunt videos featuring Mr. Dyrdek and Lunchables Uploaded products.

In the “Terms and Conditions” for its solicitation of user-generated content, Kraft states that entrants must be at least 13 years old to participate and that no prizes will be awarded (other than having a video featured on the website). Eligible participants are told “[w]e [Kraft] made these guidelines so that everyone can have a good time. We don’t want you to break the guidelines. We also don’t want you to hurt yourself while making an Upload. If you do break the guidelines or hurt yourself, it’s your responsibility….” A look at the Kraft-produced challenges and the content it’s featuring on its Lunchables Uploaded website reveals that the company is not committed to following its own terms and conditions with regard to safety.

In the “Paper Airplane” challenge, Mr. Dyrdek is first shown throwing a traditional paper airplane inside. He then tells viewers, “You could do it like that. Or, you could upload your plane game.” He is then shown throwing a giant paper airplane off of the top of a building. The video begins by warning viewers not to take unnecessary risks and has over 90,000 views on Youtube. 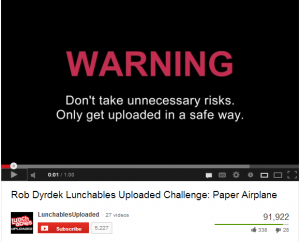 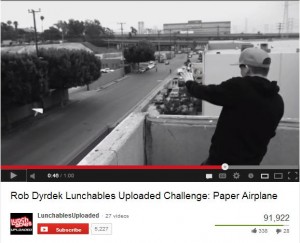 Despite its warning not to engage in unnecessary risks, Kraft is featuring a user-generated video of a man standing on a pitched roof holding large paper airplanes on its Lunchables Uploaded website. 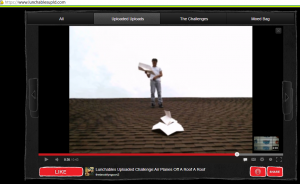 Mr. Dyrdek is also featured in a Lunchables Uploaded skateboard challenge. In the beginning of the video he is shown skateboarding without any safety gear–no helmet, wrist or knee pads. He is then shown riding a giant skateboard high off of the ground with no helmet on. 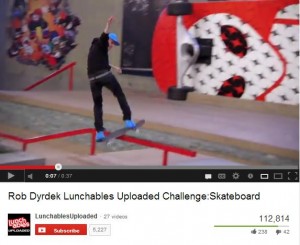 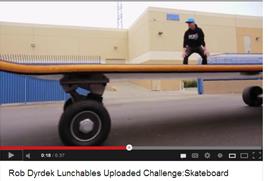 The giant skateboard is comical and Mr. Dyrdek is a professional who was assisted by a production team. Kraft, however,is featuring several videos and still photos of young people skateboarding wearing no safety equipment on its youth-targeted Lunchables Uploaded website. 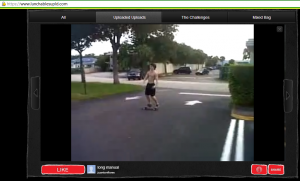 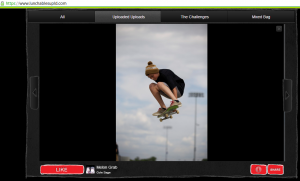 This is in stark contrast to the depiction of a helmeted child on Krafts adult-targeted webpage for Lunchables Uploaded. 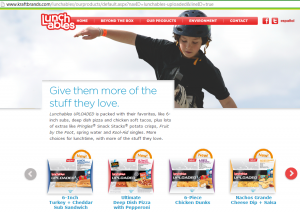 While the terms and conditions on the Lunchables Uploaded website use refreshingly direct language for a legal disclaimer, “[w]e [Kraft] don’t want you to hurt yourself while making an Upload,” the challenge videos and the content they are featuring on the website encourage and reward risky behavior. When teens upload a video or photo, Kraft receives the right to use the content for marketing purposes. When Kraft features the content on its website it then becomes responsible for the content and laws relevant to marketing, including consumer protection laws, must be complied with. The Federal Trade Commission has a history of taking enforcement action when advertisements depict children engaging in risky behavior. In light of the Kraft Uploaded campaign, it might be wise to consider expanding protections for older kids.