On May 20, 2010, the Commonwealth of Virginia executed Darick Demorris Walker, who had been convicted of murdering Stanley Beale in 1996 and Clarence Elwood Threat in 1997.  Also on May 20, 2010, the Altria Group, Inc. Annual Shareholders Meeting took place in Richmond, Virginia.

During the meeting’s question and answer session, shareholder Anne Morrow Donley asked chairman and chief executive officer, Michael E. Szymanczyk the following question: “Earlier this year, the U.S. Supreme Court made a quite controversial decision, noting that essentially corporations are like people.  Therefore, fair is fair.  There’s a death penalty when murder is committed, so it seems only fair that there should be a corporate death penalty for this company because it admits that it is making a product that kills people.  A corporate death penalty could require Altria to apologize for its weapons of mass destruction and could require Altria to cease and desist from the destruction of life.  So my question is, since the company itself has admitted in legal proceedings that it makes products which kill people, and courts in various states have upheld challenges from the company saying that Altria is legally responsible for the deaths of customers, therefore, why should not Philip Morris, or Altria itself, not be subject to the death penalty?”

His response was to fall back on the tired refrain that cigarettes are a “legal product” and that people, aware of smoking’s risks, still choose to do so.

Having noted that Philip Morris had lost jury verdicts in seven “Engle Progeny” cases during a 15-month span, Tobacco Products Liability Project Senior Attorney Edward L. Sweda, Jr. asked Mr. Szymanczyk when his company will change its policy of refusing to settle the “Engle Progeny” cases, which number approximately 9500.  His response was to declare that Altria is “bullish” about the long-term prospects of tobacco litigation in the United States.   He said this even though in recent years, when state legislatures considered bills to put an artificial cap on total awards against tobacco companies in product liability cases, company lobbyists have supported such bills by portraying the company as risking bankruptcy if the caps were not imposed.  Mr. Szymanczyk’s “bullish” comment became the headline in the Richmond Times-Dispatch’s account of the meeting.

ALTRIA’S ATTEMPT TO REMOVE CERTAIN PANELISTS FROM A SCIENTIFIC PANEL DESIGNED TO ADVISE THE U.S. FOOD AND DRUG ADMINISTRATION (FDA)

During his business presentation just prior to the question and answer session, Mr. Szymanczyk cited the company’s “Mission,” which includes a pledge that it will “actively participate in resolving societal concerns that are relevant to our business.”  Shareholder Rev. Michael Crosby of the Interfaith Center for Corporate Responsibility, noted that, according to a report in late April in the Wall Street Journal in March 2010 Altria had attempted to remove four members of an FDA advisory panel because of alleged conflicts of interest.  The FDA rebuffed Altria’s attempt to remove those panelists.  Fr. Crosby said that such a power play by Altria contradicted that pledge.  Mr. Szymanczyk’s response was that the company is “participating in” the FDA’s regulatory process and that “part of participating involves representing shareholder interests.’

There were two shareholder resolutions considered at the 2010 Shareholders Meeting.  The first, which called on the company to “commission an independent study and issue a resulting report on the affect of our company’s marketing on the purchasing practices of poor people.  Shareholders ask that this report offer ways to alleviate the harm done to innocent children, such as food insecurity, by such adults who smoke.  Shareholders ask that this report include recommendations as to whether our Company should continue marketing its products in census tracts with over 50% poverty.”  Supporters of this resolution noted that families with at least one smoker spend 2% to 20% of their income on tobacco.  In many instances, such spending deprives children of necessities such as food.

Management opposed this resolution, claiming that Philip Morris USA’s “responsible marketing practices, cessation support and the regulatory authority of the United States Food and Drug Administration (‘FDA’) are sufficient to address the concerns raised by this proposal.”

This resolution received 4.3% of the total number of shares and, thus, is not eligible to be refilled for the 2011 Shareholders Meeting.

The second resolution called on the company to create human rights protocols for itself and its suppliers.  Noting that Philip Morris USA contracts with suppliers who employ migrant farm workers, the proponents cited the serious problems of Green Tobacco Sickness (GTS).  GTS occurs when the skin absorbs nicotine from touching tobacco plant; the illness threatens more than 33 million tobacco farm workers globally.  The shareholders supporting this resolution “request the Altria Board of Directors to commit itself to create procedures to implement the internationally agreed-upon core human rights conventions in the countries in which it operates and to find ways to ensure that its suppliers are enforcing these as well.”

Management opposed the resolution, claiming that there are already sufficient practices and programs in place in the United States that “address farm safety and working conditions.”  This resolution received 20.5% support and will therefore be eligible for submission next year. 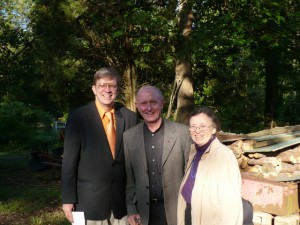